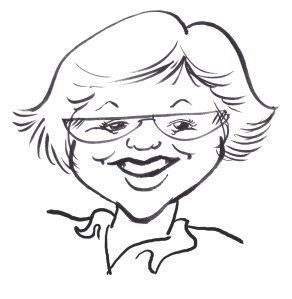 I’m a writer, or better to say; a storyteller. Who is working on being a published ‘wannabe.’  I have been writing for a large part of my life, but mostly writing training programs and developing extensive self-help programs about personal growth, not children’s books or novels.  But that has all changed over the last few years.

Book ideas and stories just pop into my head and I feel obliged to just write them down.  As of this week, I have thirty-two, incomplete ideas, snippets plus full stories…. But nine months ago I realized it was it time to turn these ideas into reality.  What good is holding them in suspension? So what changed, you might ask?

Let me digress, just a bit… Back in 2009, I met a lovely woman in the Cincinnati area, who I worked with on occasion. In 2013, when a lecture was scheduled to come to her area, she thought I would be interested in attending, she invited me and my friend to stay at her home. So we could attend the function with her.

On our trip down, my friend and I drove through a small town called Madeira, a suburb of Cincinnati.  As we traveled through, the charm of the town sort of reached out and grabbed me by the heart.  And I really didn’t know why.

I have lived in many places over the years. Small towns and large cities; Europe and in South America. And they all hold some special places in my heart, but Madeira was different. I wasn’t to find out why for another year.

Fast forward to May 2014.  I was living in suburban Cleveland; yet, the itch to move was beckoning me.  I sat and thought of where I would like to go next. My old friend from Cincinnati came to mind.  I had been assisting her on a project for the last year via phone calls, on a hit and miss basis.  However, if I headed out her way, I could work with her on a more concentrated level to bring her project to completion.  I contacted her and she was on board with the idea of me moving down there.

I couldn’t leave right away, I was completing a children’s educational program that I designed for a New York school, called the Rudolf Steiner School.  At least this New York school was my ‘ideal’ client to purchase my practical educational tool. I had a few more months to get my kit ready for beta testing before I could head out to my next destination in Southern, Ohio.  So my move was scheduled for September 1st, of 2014.

In the five months, I was working on the final touches of my educational program, I got another idea.  My friend, Rae, who lived on the outskirts of Madeira, had a collection of a most peculiar nature.  Her home and all it’s contents were inherited from her quirky uncle. He was a lifelong resident of the Cincinnati area and had been in Indian Hill area for a long time.  By trade, he was a designer who designed interiors for hotels, restaurants, banks, clubs, and even worked for Red Socks baseball team under Marge Schott.  His name was Arthur J. Hofmann. He also was a ‘flipper’ of homes throughout the area, long before flipping homes was a ‘fad.’  But it wasn’t what he did for a living that interested me in Arthur.  It was what he did out of his love for his dog that caught my heart, my interest, and my imagination…